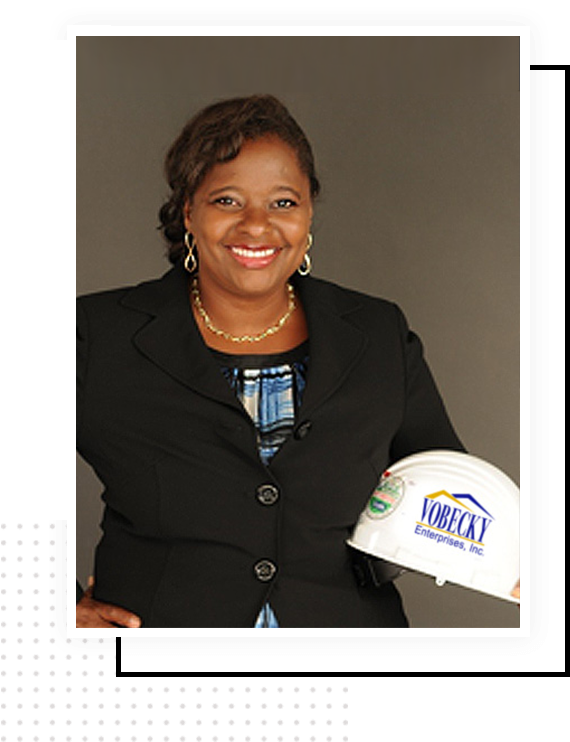 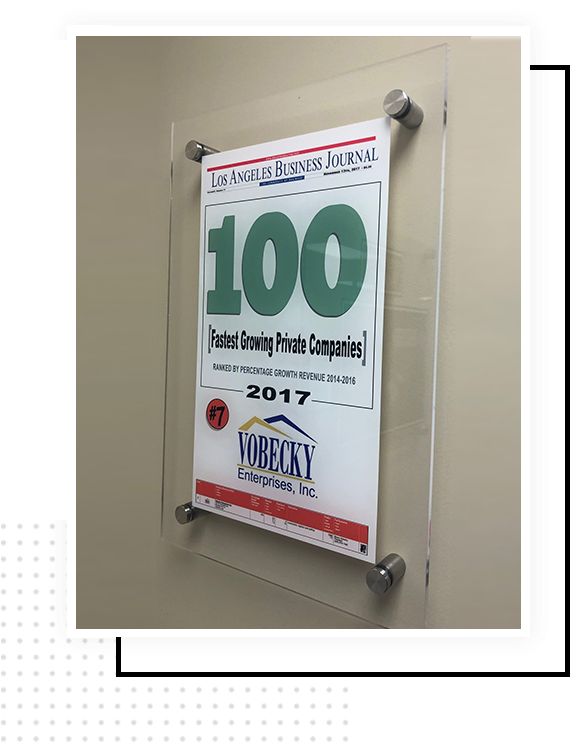 Committed to Superior Quality and Results

Bianca Vobecky the Founder & President of Vobecky Enterprises, a business dedicated to providing construction and construction related service such as: tenant improvement, construction management, project staffing, supplier of equipment – construction/safety materials and Nationwide trucking services to move freight from and to jobsites. Since founding Vobecky Enterprises in 2006, the focus of Ms. Vobecky’s efforts has been the building of meaningful professional relationships with a focus on customer service.

Vobecky Enterprises has won several awards including the 2019 Sempra Energy’s Diverse Supplier of the Year, 2019 Corporate Women in Business from Senator Anthony Portantino, 2016 Minority Champion award from Small Business Administration (SBA), the Contractor of the Year award form MBDA /The City of Los Angeles in and 2010 & 2015. The Outstanding Entrepreneur of the year 2017 from the Black Business Association (BBA) and from the Orange County Asian Business Association.

The Los Angeles Business Journal in 2017 name Vobecky Enterprises as one of the Top 100 Fastest growing private company in Los Angeles 2017 (#7). Ms. Vobecky is a great supporter of many local organizations who supports women owned, minority owned small businesses.

Vobecky Enterprises was featured on Wells Fargo Stagecoach during 2018 Rose Parade. In honor of the parade’s 2018 theme, “Making A Difference,” Vobecky was selected as one of three riders to represent a real-life example of the company’s commitment to improving the lives of its customers, team members and communities it serves. Vobecky was selected as an example of propelling minority and women-owned businesses to thrive.

Vobecky Enterprises approaches construction, based upon a disciplined strategic process wherein our clients are provided with quality workmanship and exemplary project performance.

To become a preferred contractor in the industry, bringing innovative solutions to our customers. Dedicated to each project, building relationships. Known for completing the highest profile projects in the west coast.